At the moment, the COVID-19 outbreak is still ongoing all over the world, it is recommended to follow preventive measures in order to reduce the risk of occurrence and transmission of this infection. The organizers of 11th International Medicinal Mushroom Conference decide to postpone the conference to the year 2022 in Belgrade, Serbia, which was supposed to be held in 2021.

The International Medicinal Mushroom Conference (IMMC) is also known as the "Olympic Games of Edible and Medicinal Mushrooms". It is a platform for all medicinal mushroom researchers to come and discuss basic and currently important scientific questions, share the results of individual studies, make new or renew friendships, and work together to develop a new chapter in medicinal mushrooms.

The awareness of the international movement for the medicinal mushroom industry made a marked important milestone when the International Journal of Medicinal Mushrooms (IJMM) was launched in 1999 by Begell House Inc. (USA). This organized effort then led to the inaugural International Medicinal Mushroom Conference held in Kiev, Ukraine, in 2001, where it was agreed that there would be an IMMC every two years. The IMMC2 was held in Pattaya, Thailand, in 2003; the IMMC3 took place in Port Townsend, Washington, USA, in 2005; the IMMC4 was held in Ljubljana, Slovenia, in 2007; the IMMC5 in Nantong, China, in 2009; the IMMC6 in Zagreb, Croatia, in 2011; the IMMC7 in Beijing, China, in 2013; the IMMC8 was held in Manizales, Colombia, 2015, and the IMMC9 was held in Palermo, Italy 2017.

The 10th International Medicinal Mushroom Conference (IMMC10), led by Professor Yu Li, Chairman of International Society for Medicinal Mushrooms (ISMM) and the Academician of Chinese Academy of Engineering, was successfully held at Alphay International Conference Center (AICC), in Nantong, China on September 19-22, 2019. A lot of activities including the 297th Chinese Engineering Science and Technology Symposium--Forum for the Fungal Health Industry, Professor Shu-Ting Chang’s Symposium on Academic Thoughts, the founding workshop of the Health Industry Branch and the Lingzhi Industry Branch of the Mycological Society of China etc., were also organized during the conference. More than 500 professionals from 43 countries and regions participated in the event. 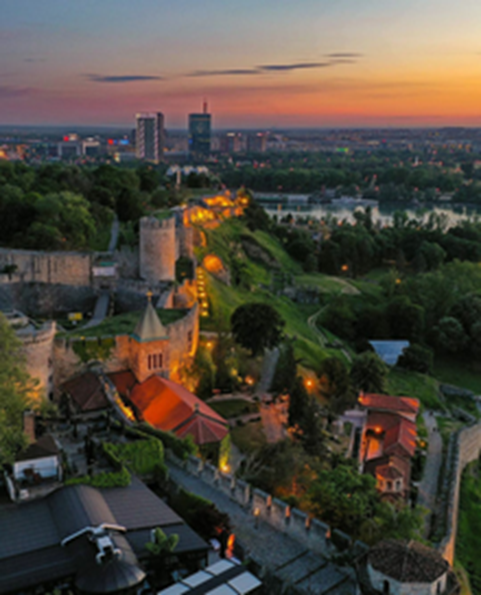 Belgrade is the capital and largest city of Serbia. It is located at the confluence of the Sava and Danube rivers and the crossroads of the Pannonian Plain and the Balkan Peninsula. Nearly 1.7 million people live within the administrative limits of the City of Belgrade, a quarter of the total population of Serbia.

Belgrade is one of the oldest continuously inhabited cities in Europe and the World. One of the most important prehistoric cultures of Europe, the Vinca culture, evolved within the Belgrade area in the 6th millennium BC.

If you have any questions or require assistance please contact Prof. dr Miomir Niksic at miomir.niksic@gmail.com. 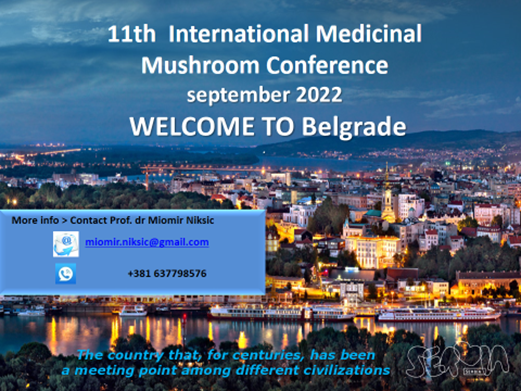